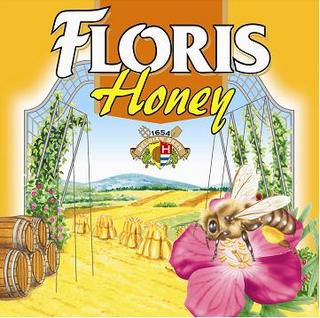 I have already mentioned the honey beers. While in college a good friend of mine took me to a small beer bar, hidden somewhere behind the little streets of Brussels. Needles to say the small beer bar served over 200 types of beers.

Knowing I am not a beer drinker per se, I was offered to try a ‘biere au miel’ – honey beer. Again not knowing which one I should chose, when the bartender asked me which beer I’d like I promptly replied ‘a honey beer, and the sweetest you have’.

After trying to convince me the beer is really sweet and doesn’t even taste like beer, and confused looks I still want it – I tried my first ever honey beer, Floris Miel. Ever since it is my all time favorite beer (not so sure the beer world agrees with me) and I love it.

I think if like me you like sweet beers, then the Floris range is the answer. Except Floris Chocolate which really didn’t taste that great. But the rest, a very nice alternative to bitter beers. And worth a try.
Posted by Andreea at 10/18/2005